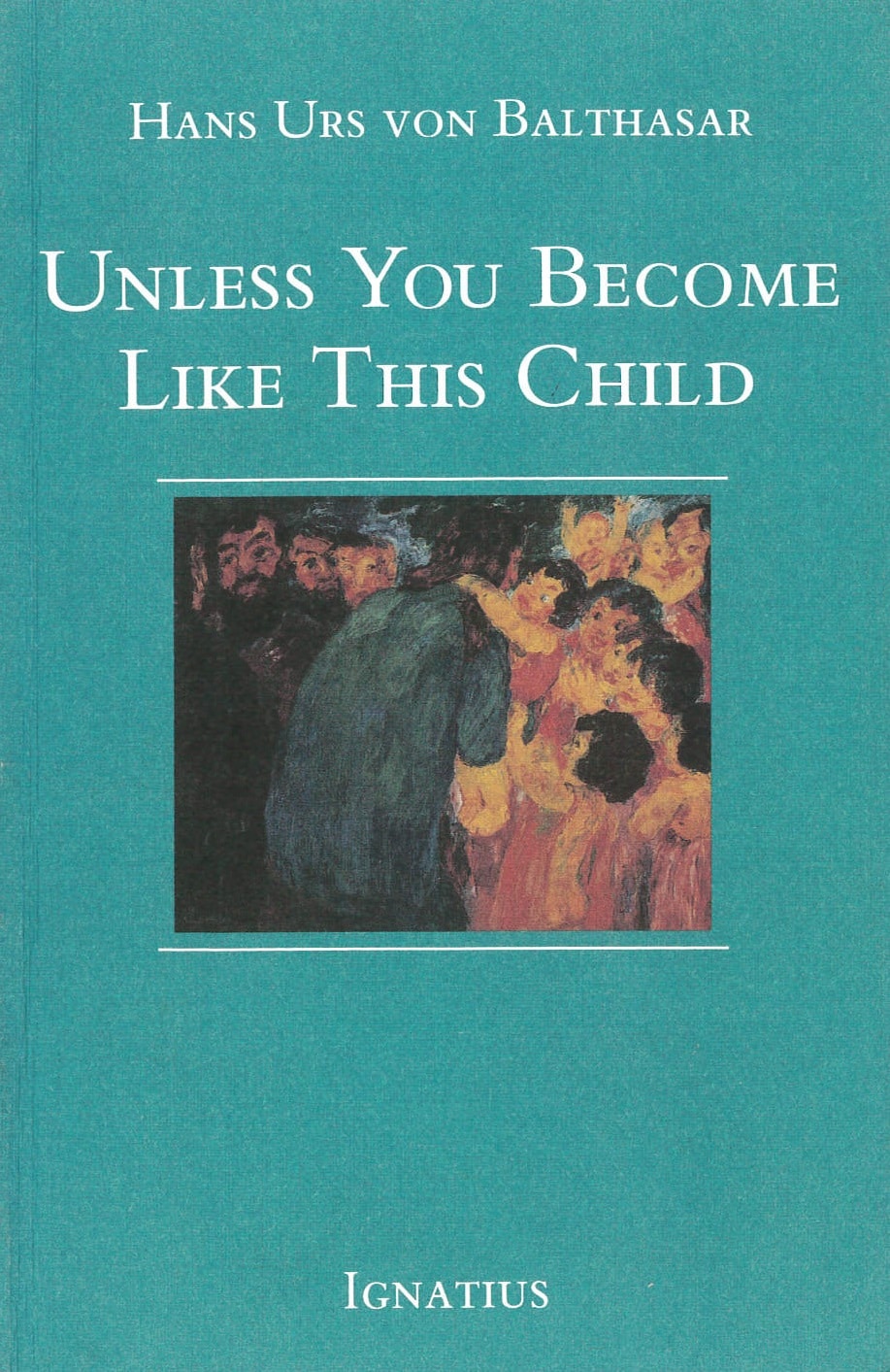 In one of the last books written before his death, the great theologian von Balthasar provides a moving and profound meditation on the theme of spiritual childhood. Somewhat startlingly, von Balthasar puts forth his conviction that the central mystery of Christianity is our transformation from world-wise, self-sufficient “adults” into abiding children of the Father of Jesus by the grace of their Spirit. All else in the Gospel—the Lord’s Incarnation, his hidden and public lives with their silences, miracles and preaching, his Passion, Cross and Resurrection: all else has been for this.

After giving us the numerous weighty tomes comprising the theological trilogy, von Balthasar, as a kind of last will and testament, proclaims to a self-important and dreadfully earnest generation of contemporaries that only that person is lastingly wise, thoroughly fulfilled, who allows God’s mercy to give him second birth and surround him for good with maternal care. The profound and technical knower of the Fathers of the Church and all Western philosophy and theology reveals himself gladly in the end as a humble disciple of … the Little Flower, Thérèse of the Child Jesus!

Readers will be particularly interested in von Balthasar’s analysis of the role the Mother of Jesus plays in the Christian’s progress toward full spiritual childhood, as well as in the analogy he develops between the insights of early-childhood psychology and the life of Christian childlikeness, which is paradoxically the highest maturity possible to man.

Hans Urs von Balthasar(1905–1988) was a Swiss theologian widely regarded as one of the greatest theologians and spiritual writers of modern times. Named a cardinal by Pope John Paul II, he died shortly before being formally inducted into the College of Cardinals. He wrote over one hundred books, including Prayer, Heart of the World, Mary for Today, Love Alone Is Credible, Mysterium Paschale and his major multi-volume theological works: The Glory of the Lord, Theo-Drama and Theo-Logic.